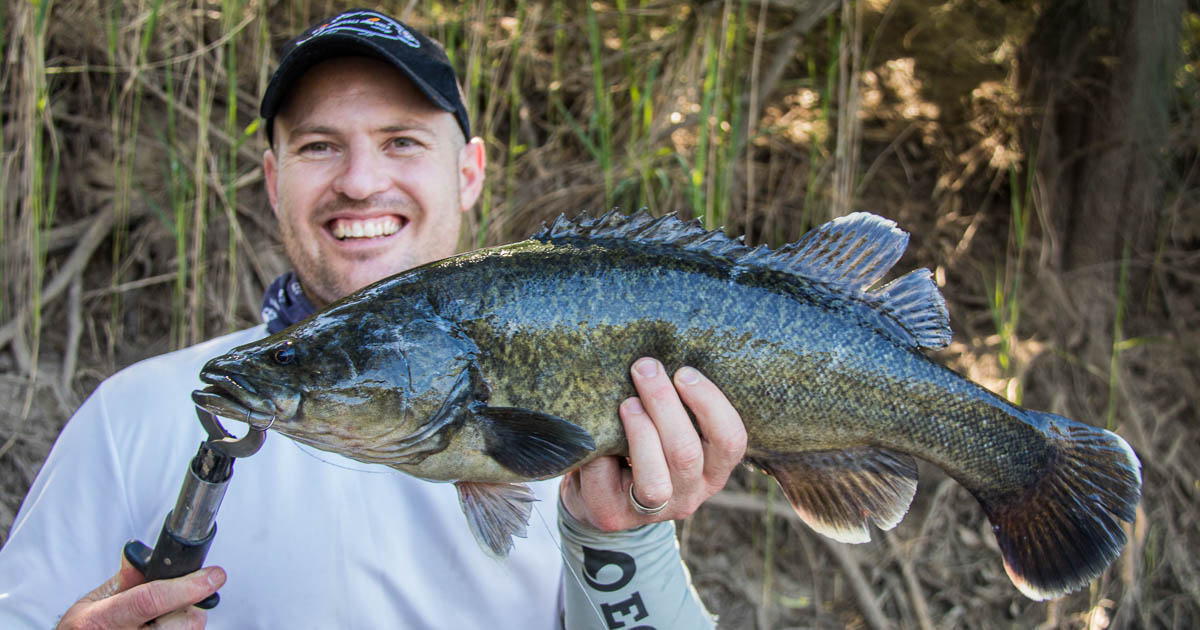 Why We Love Murray Cod

There’s no denying that we love fish and fishing of any kind. Let’s face it, we don’t need an excuse to get back to basics in the great outdoors, hang-out with mates or family and spend some time with our favourite aquatic friends, wetting a line. However, there is something special about the mystique behind the Murray Cod, and we are going to shed some light on why we are so obsessed with the big Native Greens.

The Iconic fish of Australia.

Murray Cod are beautifully marked. They are the largest solely freshwater fish in Australia, growing in excess of 150 pounds or near 70 kg. They are the apex predators of our rivers and lakes. The hits are explosive, especially when using surface lures. They’ll eat anything that falls in front of them; ducks, snakes, mice. Anything. Best of all, they’ll eat all kinds of lures. Hard body lures, spinnerbaits and surface lures. This species is awesome!

The famous Boof! That initial greeting as the Murray Cod engulfs the lure can best be described as sudden and violent and often, your lure will come off second best. The Murray Cod are a strong, powerful fish capable of delivering a strike factor that has few equals. We don’t need to tell you, the adrenaline is like no other.

Cod are an extremely aggressive and territorial species that will hammer anything that comes within range. However, they can be just as fussy at times too, and landing a Cod can be a huge challenge.

Sometimes the difference between catching and not catching can be literally inches. Therefore, casting accuracy is essential. You’ll find times when you get a territorial Murray Cod, constantly dragging your lure through their home will induce a reaction bite BUT this can be 10 casts or 10,000 casts. There is nothing more satisfying than persistence paying off and getting the cod after multiple casts.

The Places they take you.

Its not just the cod, its often the places you end up in search of our mighty Murrays. Murray Cod tend to live in the most picturesque locations. Thank you very much Murray Cod for choosing such beautiful homes. From gum-lined rivers that cut their way through agricultural fields, to spectacular gorge country with large boulders.

Gone are the days of the kill and grill era of Murry Cod. This species is now revered as one of Australia’s great sporting fish and we love targeting them. The good news is that numbers are on the rise thanks to the introduction of a closed season, size limit, banning of set lines and catch and release gaining popularity has really helped see a steady increase in the population size. License fees and restocking has also played a huge part.