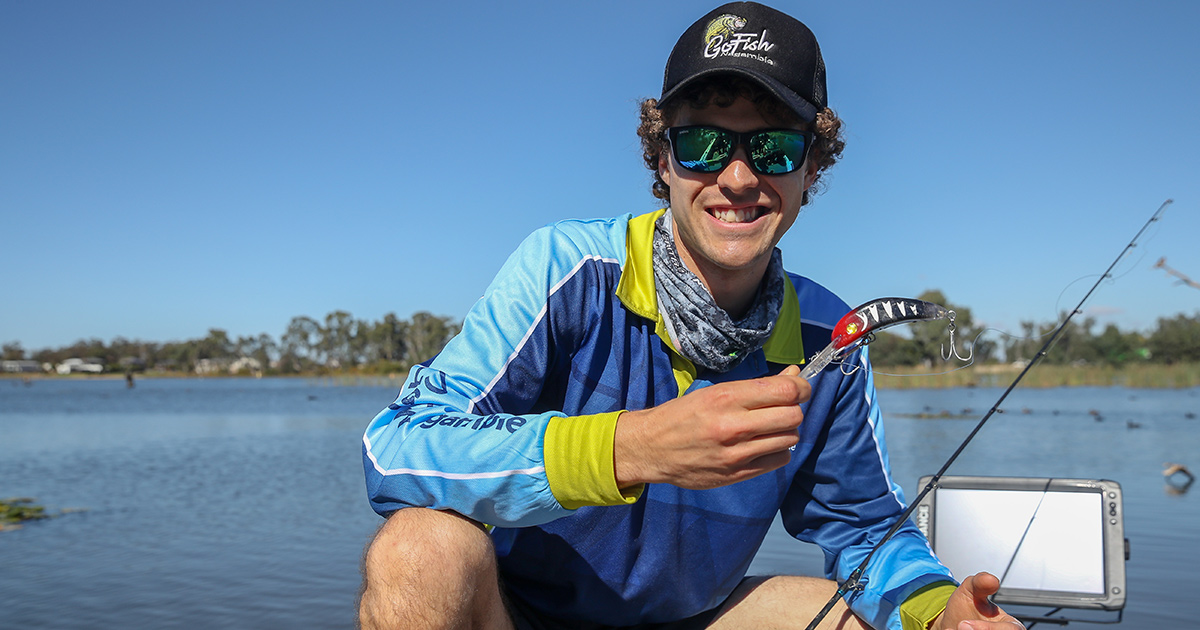 Must have lures for Summer fishing

We are well and truly into the heat of summer now! Extremely hot days means increasing water temperatures and this leads to ACTIVE FISH! As the temperature rises the fish become more active which means they need to feed more and it’s a great time to be out on the water fishing.

I’m going to run through some must have lures for chasing cod over the summer months:

Let’s start with a bang! Surface fishing has taken off over the past 5 years and is one of the most exciting ways to catch Murray Cod. Best of all, now is the best time to be doing it. The stinking hot nights and early summer mornings with both paddlers and wakebaits are perfect for Murray Cod.

With so much activity, creatures and bugs getting around, cod are looking up waiting for food to fall into the water. Large cicadas are a major source of surface food at this time of year as well as mice, ducks and moths. What you want to do is imitate these natural food sources.

Not just a summer lure but an all year-round lure, the diving hardbody is a must. During summer it works best when trolled deeper down in the water column, especially in larger rivers, lakes and dams. Trolling large 150mm plus lures down in the 6-9m mark is perfect fr chasing big fish that sit down in the cooler water during the heat of summer.

Early in the morning and late afternoon casting 70-100mm hardbodies at the bank side structure in river and streams works well. Also using them to cast at the standing timber, which is a great technique at Nagambie.

One of my all-time favourite lures all year round and they are perfect for the active fish during summer. Casting spinnerbaits close to bank side structure, early and late in the day is a great technique along rivers and creeks. As the sun gets up these fish can sometimes become more reluctant to fish on the edges and that’s where trolling with hardbodies comes into play. In saying that if you have thick shade then they will still eat your cast spinnerbait.

In the large lakes and dams casting large spinnerbaits around heavy structure works great for larger cod. For example, this technique works great in Eildon where there is a lot of heavy, dense structure.

There are a massive range of spinnerbaits on the market and many of them work well. As they are all used the same there is only one brand that I use as it has never let me down and this is Mud Guts Spinnerbaits.

Here is a list of the models I use:

There are my 3 go-to lures to use over the next few months chasing Murray Cod. It all depends on the situation and the place you are fishing. If you’re visiting Nagambie make sure you pack your surface lures; weedless frogs, small paddlers and some larger wakebaits. Surface will be perfect early in the morning.

Once the sun gets up that’s when you want to tie on your hardbodies and spinnerbaits!